RERAN - Record and Replay for Android

RERAN is a record and replay tool for the smartphone Android operating system. At a high level, it captures the input events sent from the phone to the operating system of a user session, and then allows the sequence of events to be sent into the phone programatically.

RERAN can be used by developers and researchers of Android for numerous reasons. In general, record and replay tools are useful in software debugging, testing, and maintenance. 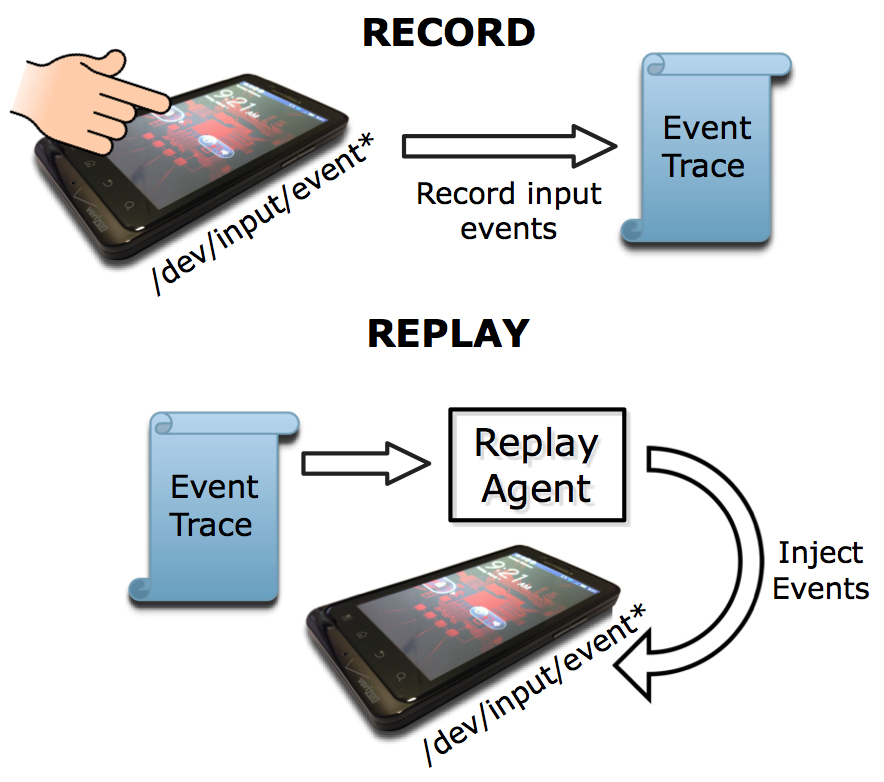 For questions or feedback:
androidreran (at) gmail (dot) com